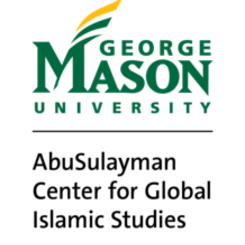 Southeast Asia was not only a late-comer to Islamic faith and culture but its exposure and reception of Islam were also dramatically different than the regions conventionally viewed as the “core” of the Muslim world. Islam reached the region in the context of commerce and colonization, mostly through Sufistic and economic interactions. For so long, Southeast Asian Muslim communities were considered to be at the margins of Islamic learning and culture yet remained closely tied to major institutions and movements in the Middle East and South Asia, including scholarly and Sufistic networks. Rather than representing a case of simple dependency, the unique historical trajectories of Southeast Asian Muslim communities produced versatile cultural and institutional experiences in interaction with local identities and social contexts. With the advent of modernity, the region became increasingly closely connected with the rest of the global Muslim community with an indelible mark on Islamic intellectual movements thanks to a range of high-profile scholars and thinkers whose influence expanded beyond the archipelago. Speakers in this lecture series will explore the Islamic discourses and intellectual articulation of Southeast Asian Muslim communities in the context of their varied responses to modernity and interactions with the broader global Islamic thought.

In this talk, Khairudin Aljunied will explain how several Southeast Asian Muslim intellectuals have been especially innovative in giving rise to what could be termed as the “Islamic reformist mosaic.” While differing in their visions and aims, when viewed as a whole, these intellectuals have developed a unified and coherent frame of thought that distinguishes itself from the ultra-traditionalist and ultra-secularist leanings that have shaped much of the discussions regarding Islam from the mid-twentieth and twenty-first centuries.

This talk will explore the relationship between religion and spatiality through a study of the emergence of a transoceanic religious geography that links Southeast Asia and South Arabia. This geographic imaginary links two regions commonly regarded as “peripheral” in the study of Islam and Islamic history. Muslims from these so-called “peripheral” regions, however, have for long, presented their respective homelands as spatial realizations of Islamic cosmology and as privileged sites for moral education and ethical becoming. Tracing how this transoceanic religious geography came about allows us to rethink established center-periphery models that have continued to shape our understanding of the history and geography of Islam. Instead of a Muslim world made up of unchanging centers and peripheries, the talk uncovers the existence of competing religious geographies, shifting centers of Islam, and forms of devotional mobility with multiple directionalities. Understanding how a “peripheral” region like Southeast Asia becomes religiously central to people elsewhere (South Arabia and the Swahili coast of Africa, for example), in turn, helps us to think about comparable processes that have sustained the religious significance of other regions.

Ismail Fajrie Alatas is Assistant Professor of Middle Eastern and Islamic Studies, and History at New York University and associate editor of the Journal of the Royal Asiatic Society. He is the author of What is Religious Authority? Cultivating Islamic communities in Indonesia (Princeton University Press, 2021). His research explores the intersections of religious authority and social formation, spatiality and mobility, semiotics and communicative practice with a focus on Southeast Asia and its historical and contemporary connection to the Middle East.