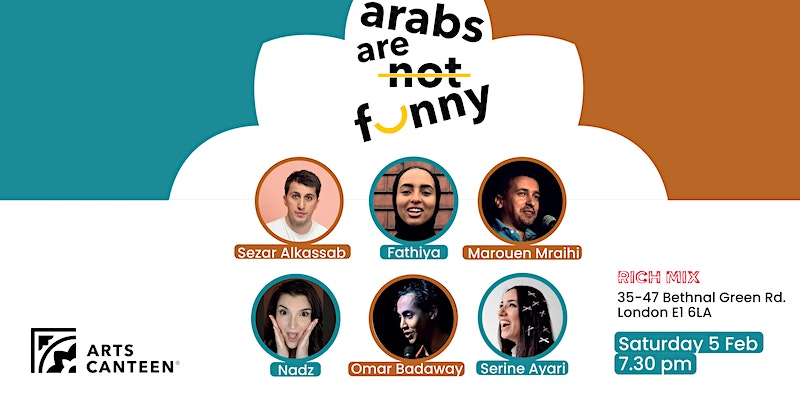 Description:
After a few months of hibernation, six of the funniest Arabs in London and beyond are back on stage, in the flesh, funnier than ever before!

You might have thought that Arabs couldn’t get any funnier.

Widely regarded as one of the hottest comedy nights among the Arab community and beyond, Arabs Are Not Funny!

“Comedians with roots in the Arab world showcasing their talents and attempting to prove the naysayers wrong!” TimeOut

All acts are in English.