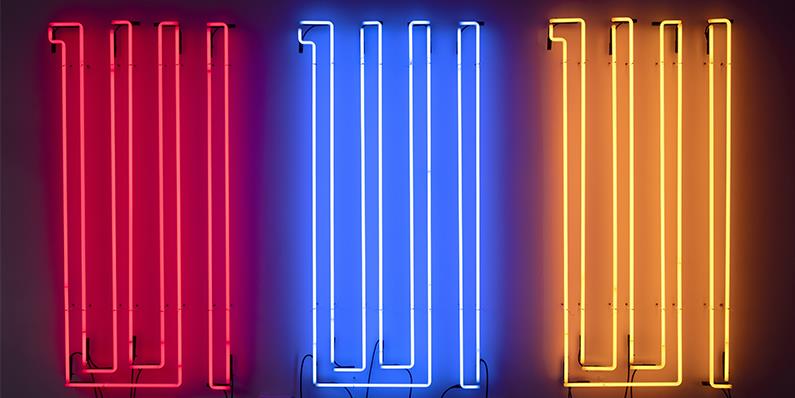 We are delighted to invite you to the book launch of Islam and Modernism by Rasheed Araeen on Tuesday 6 December 2022 at the Aga Khan Centre in London.

Can art from the Muslim world be authentically modern and also express the spirit of Islam? The answer to this is yes. But this answer has little significance unless it is underpinned theoretically and legitimised institutionally; and the Muslim world does not yet have the ability to do this. The prevailing theories of modern art are Eurocentric within which there is no place of Islam. And although there is now tremendous creativity in the Muslim world, with its art festivals and biennales, and the success of its artist worldwide, it does not have its own art institutions, with the ability to recognise, theoretically and historically, what its artists do. All this is still dependent on the West. The task for the Muslim world now is therefore to establish its own institutions, according to its own view of things and values, to develop and promote scholarship, involving theories of art based on its own understanding of history, which would not only liberate it from its subservience to the West but also enable its modern artists to think and create freely and independently. This work of Rasheed Araeen is an attempt towards achieving these objectives.

Rasheed Araeen is an artist, writer and the Founding Editor of Third Text. He is also the designer of Rhapsody in Four Colours sculpture at the heart of the Aga Khan Centre. As an artist, he began his journey in Pakistan in 1953, whilst also studying civil engineering. After doing some important works in Karachi, seminal to his subsequent pursuits, he came to the UK in 1964 and since then lives in London. In the 1960’s and 1970’s, he became active in various groups supporting liberation struggles, democracy and human rights, which in fact led him to writing ‘Black Manifesto’ (1975-76); and then to numerous publications: Black Phoenix (1978-79), Third Text (1987-2011), and Third Text Asia (2008-09). His present concern is with the Muslim world, for the promotion of its past achievements and what it can now do to be part of the modern world according to its own view of things, values and vision.

Jonas Otterbeck is professor of Islamic Studies and holder of the Rasul-Walker Endowed Chair in Popular Culture in Islam at Aga Khan University’s Institute for the Study of Muslim Civilisations (AKU-ISMC). Professor Otterbeck is engaged in research about contemporary Islam. His most recent research is on Islamic art and popular culture. He also has an interest in research on music censorship and an engagement for artists’ right to expression.

Rebecca Heald is an independent curator and researcher specialising in the relationship between art and architecture and unwritten art histories. She has worked with leading organisations including Southbank Centre, Aga Khan Development Network, Tate, British Council, Art on the Underground, Argent, High Speed 2 and Oxford University Development.

If you cannot join us in person, you can attend the discussion online by registering via Zoom.

*Refreshments will be available following the discussion.