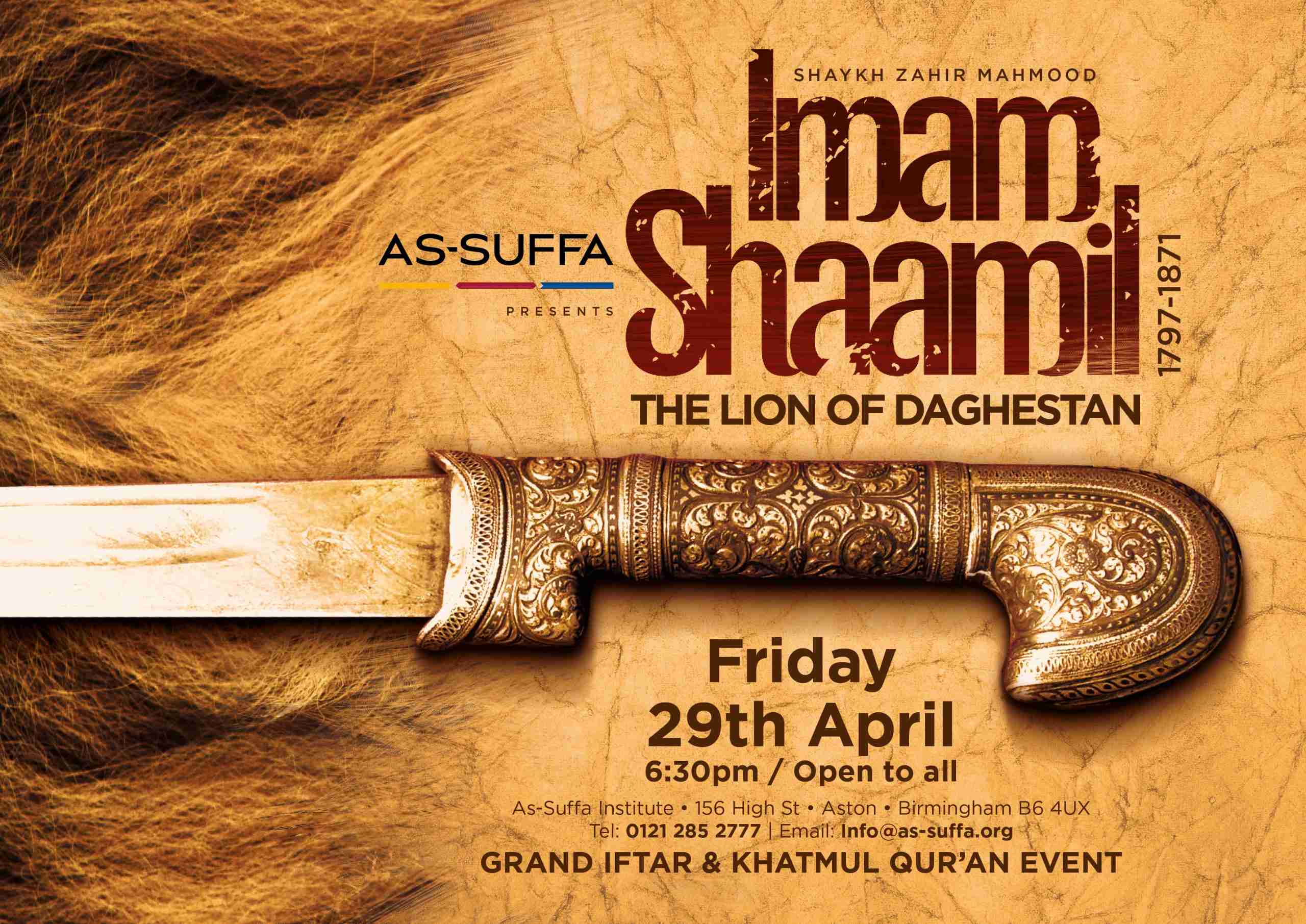 Islamic history is full of many great men and women who excelled in all aspects of human activity – theologians, philosophers, mathematicians, scientists, and more. There were also those who resisted and fought against oppression, defying all the odds to uphold the honour and dignity of the Ummah for the sake of Allāh. Before UFC champion Khabib Nurmagomedov claimed the title of the ‘Lion and Eagle of Dagestan’, there was one particular man whose legacy still resonates across the Caucasus region – a man who was greater and much more powerful in rank. Through his revolutionary fervour and embodiment of the Qur’ān, this man played a pivotal role in the revival of Islam in this region at a time when the super-power of the day was sweeping across the land. The name of this giant was Imam Shamil, leader of the Daghestani and Chechen tribes of the North Caucasus, who spearheaded 25 years of fierce anti-Russian resistance.

Join Shaykh Zahir Mahmood on this blessed night to enlighten us about one of the greatest men to come from the most talked-about region today. We will also be honoured to host you for our annual Grand Iftar & Khatmul Quran.