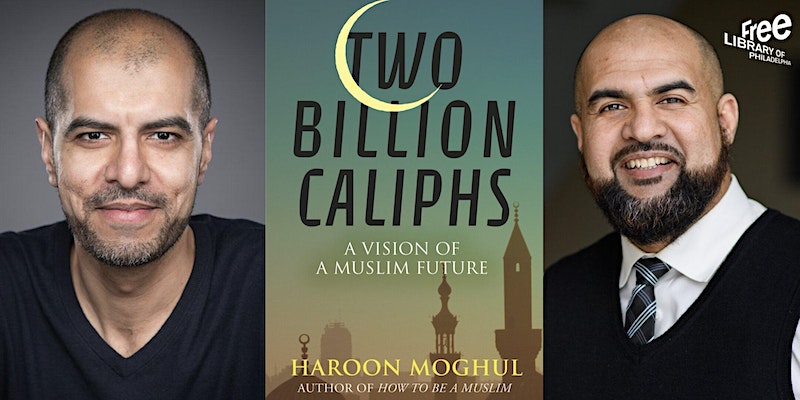 Description:
The author tackles some of life’s biggest questions and addresses Islam’s misunderstood past, present challenges, and the hope it can offer.

Haroon Moghul’s many books include My First Police State, The Order of Light, and How to Be Muslim: An American Story, a “profound and intimate” (The Washington Post) memoir about life in the United States during the immediate aftermath of 9/11. A former member of the cohort of the Muslim Leadership Initiative, a fellow in Jewish-Muslim Relations at the Shalom Hartman Institute of North America, a Friday preacher, and a public speaker, Moghul’s writing investigates the topics of pop culture, faith, futurism, and philosophy. He has contributed essays to The New York Times, The Guardian, CNN, Foreign Policy, and NPR’s Fresh Air, among several other media outlets. In Two Billion Caliphs, Moghul uses his Muslim perspective to answer some of life’s biggest questions and to address Islam’s misunderstood past, its present challenges, and the hope it can offer for the future.

Books will be available for purchase at the library on event night.