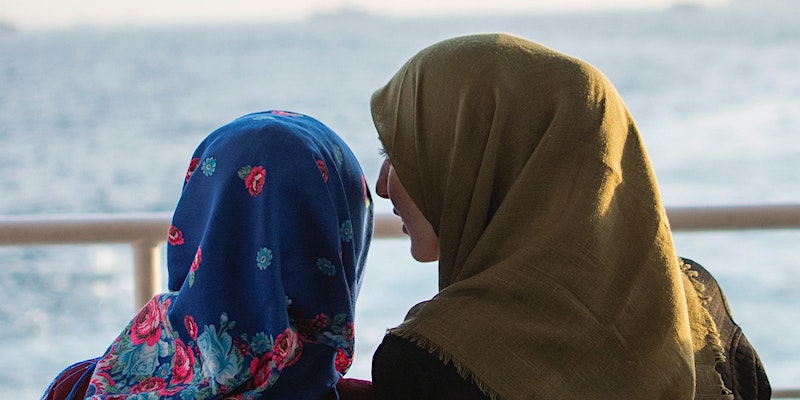 A virtual launch of the Islam and Negotiation Action Guide for Muslim Women and a conversation on Islam and women’s rights in Afghanistan.

The Georgetown Institute for Women, Peace, and Security is pleased to announce the launch of the Islam and Negotiation Action Guide for Muslim Women–a practical tool for Muslim women negotiators to ensure that their rights are understood, effectively debated, and secured in settings where Islam informs the perspectives of the parties. It also offers non-Muslim negotiators and mediators a better understanding of the central Islamic values that may play a role in the negotiation and mediation processes.

The launch of this toolkit comes in a critical time as the Taliban continue to use a radical interpretation of Islam for political purposes, including justifying the exclusion of Afghan women and girls from social, political, and economic life. The Taliban’s extreme interpretation of the religion has been used as justification in rolling back Afghan women and girls’ rights to education, the workplace, and public life. From mandating the burqa to requiring a male guardian during travels, the Taliban are regulating every aspect of women’s and girls’ lives.

Join Afghan women leaders and leading Muslim academics who will share their views on how Islamic tradition offers a framework to build equitable institutions that respect human rights as well as women’s rights.

Palwasha Hassan, Director of the Afghan Women’s Educational Center and Senior Fellow at the Georgetown Institute for Women, Peace, and Security

Dari interpretation will be provided.