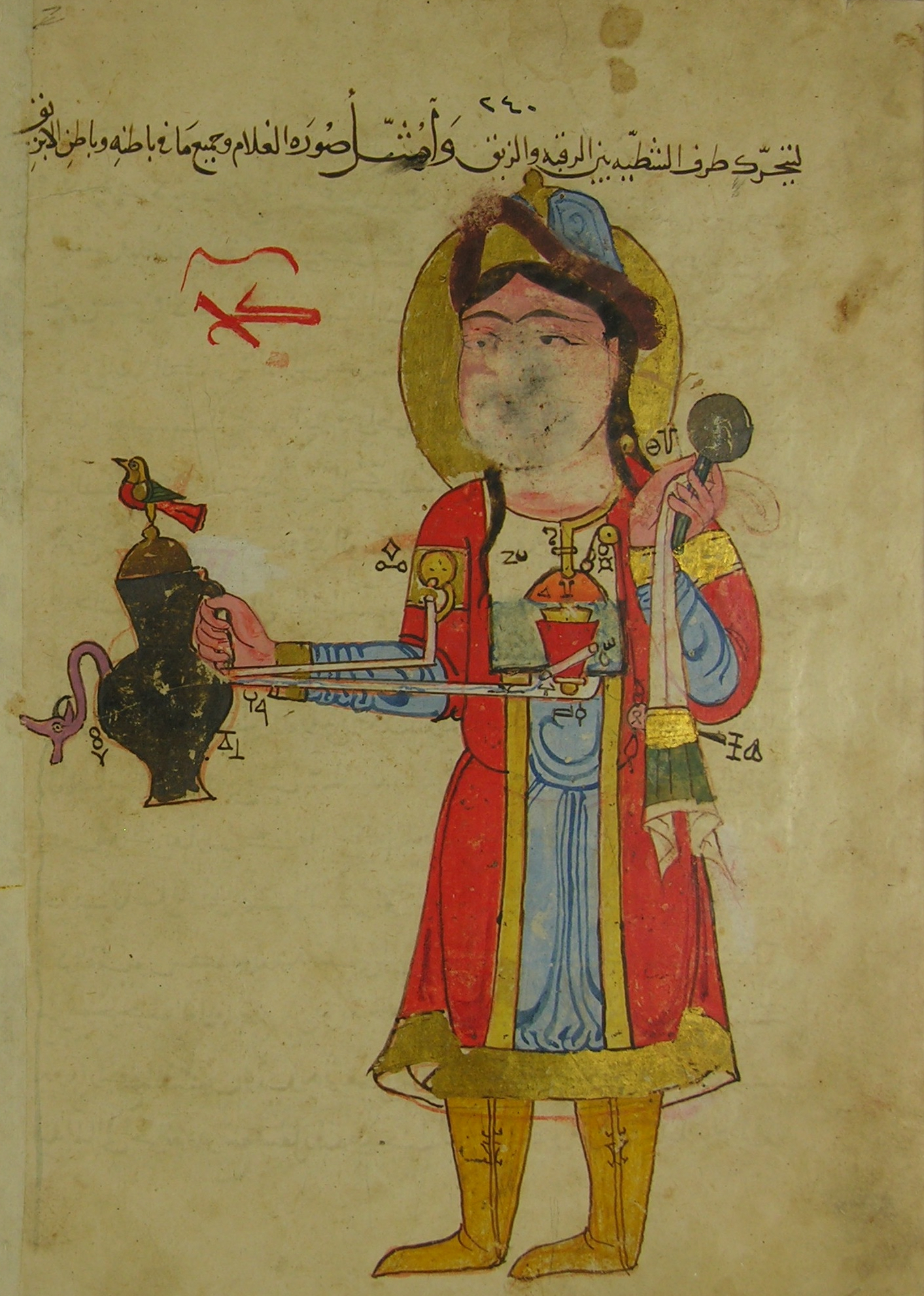 “On Slavery and Technology in the Medieval Mediterranean”
On Zoom, Register to attend here (available until the start of the event): https://unc.zoom.us/meeting/register/tJMpc-uorD0vHNHx4O4S0yYaWpdb6z9T81w3

Evocations of mechanical servants can be found across a wide range of ancient and medieval sources, from the Mediterranean to China. This talk will focus on examples that appear in one particular book: the famous thirteenth-century compendium of the mechanical arts by court engineer Ibn al-Razzaz al-Jazari. Many illustrated folios from this book’s manuscript copies seem to conflate slave and automata, in both text and image, essentializing subaltern labor as machine-like. Rather than inciting interrogation, al-Jazari’s machines have been described as wonder-inducing artifacts, and they have been praised as evidence of medieval Islam’s cultural and scientific efflorescence. But the linkage between slavery and technology, I argue, invites a more nuanced reading, foregrounding the politics of these devices, how forms of domination can take place despite or perhaps through the invocation of innovation, art, and wonder.

Associate Professor Lamia Balafrej specializes in the arts of the medieval and early modern Islamic world with particular interests in the intersected histories of labor, technology, materiality, and representation. Her first book, The Making of the Artist in Late Timurid Painting (Edinburgh University Press, 2019, also available on jstor), focused on Persian painting’s intricacy; it showed how visual abundance and linear precision worked to call attention to painting’s formation as image and object, thus reversing the political and pictorial hierarchies between patron and artist, image and text while raising questions about authorship, medium, and representation.

Her current book project addresses the relationship between body and instrument in medieval Islam, seen through the lens of slavery history. The book explores a range of issues: the presence and role of enslaved artists in courtly workshops; the theme of the artist as a “corporeal instrument” in medieval sources; the connection between slavery and courtly art and aesthetics; and the conceptual linkage between slavery and technology. A portion of this research was just published as an article titled “Domestic Slavery, Skin Color, and Image Dialectic” in the journal Art History.

Her essays and book chapters have considered a wide array of topics, including the art of the poetic anthology in the Persianate world, the figural quality of the line in Persian drawing, the enmeshment of iconoclasm and scopophilia in the Islamic world, the presence of Islamic art in medieval Italy, and women artists from the Middle East.

Her work has been supported by grants and fellowships from various institutions, including the Forum Transregionale Studien (Berlin, Germany), the Marion and Jasper Whiting Foundation, the Metropolitan Museum of Art (New York, NY), and the Smithsonian Institution (Washington, DC). Before coming to UCLA, she taught at Wellesley College. She first studied literature and art history at the University Mohammed V (Rabat, Morocco), before entering the Ecole Normale Supérieure of Paris in 2005. She received her Ph.D. in art history from the University of Aix-Marseille in 2013.