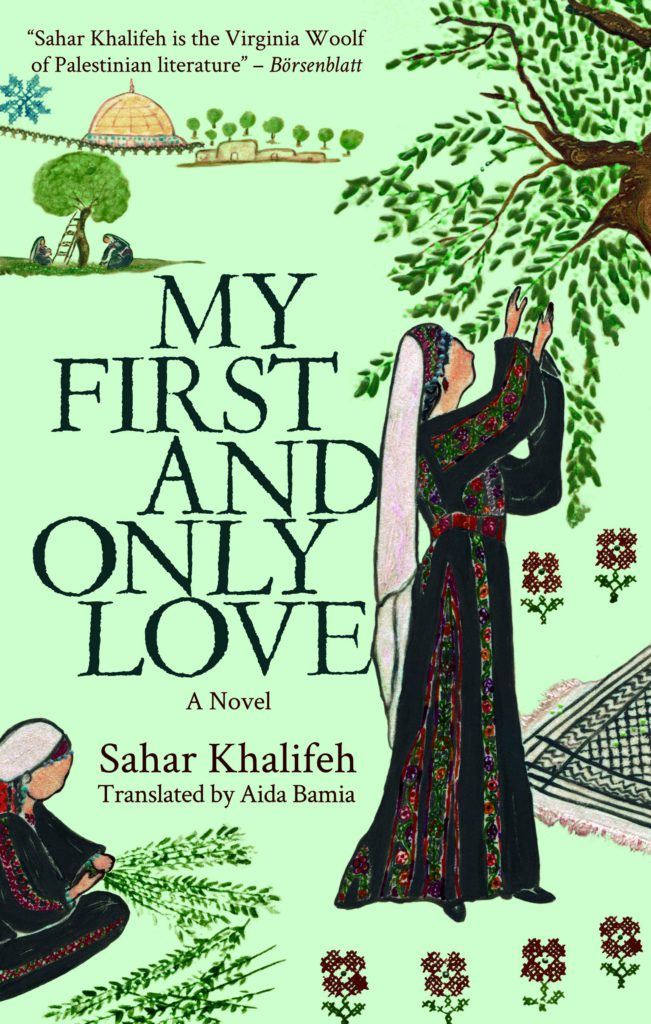 Muslim Journeys: My First and Only Love with Translator Aida Bamia (online and in-person) Online

Join us on Zoom or in-person for a special event with the translator of My First and Only Love, a historical Palestinian novel written by Sahar Khalifeh. Dr. Aida Bamia will give a short lecture about the book and her work as its translator, which will be followed by facilitated small group discussions of the book.

“The latest novel from renowned Palestinian writer Sahar Khalifeh, a deeply poetic account of love and resistance through a young girl’s eyes…. Set in the final days of the British Mandate, Sahar Khalifeh spins an epic tale filled with emotional urgency and political immediacy.”
–Hoopoe, an imprint of AUC Press

Aida Bamia is a literary translator and professor emeritus of Arabic language and literature at the University of Florida in Gainesville, where she lives.

Sahar Khalifeh, born in Nablus in 1941, is an acclaimed Palestinian author. She is hailed as a feminist writer and has written eleven novels, which have been translated into English, French, German, Spanish, and many other languages. She has won numerous international prizes, including the Naguib Mahfouz for Literature for The Image, the Icon, and the Covenant. She lives in Jordan.