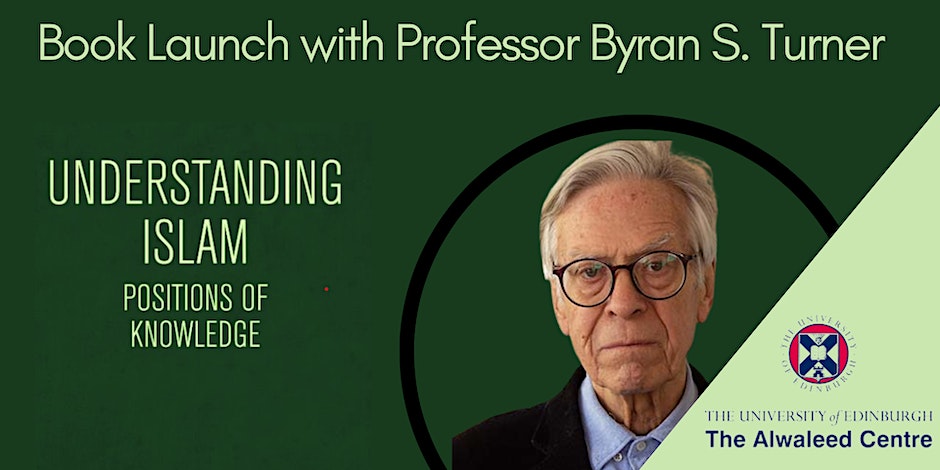 Published by Edinburgh University Press as part of its ‘Edinburgh Studies in the Globalised Muslim World’ series, Understanding Islam examines the historical development of the debate between science and religion through a sociological lens whilst also questioning how positionality affects the understanding of religion. Professor Turner encourages the reader to consider how political events have influenced contemporary understandings of Islam and the Muslim world, critiquing the process by which western intellectuals and public figures become experts on Islam.

By questioning if outsiders can ever understand the world of insiders, this book encourages a process of (self)reflection on contemporary debates including islamophobia, feminist activism, the development of the sociology of Islam, the demography of Muslim communities, the Sharia and Islamic law, orientalism and post-orientalism. In doing so, the book articulates the current challenges surrounding the globalised understanding of the Muslim World.

Learn more about the book and order your copy here: www.edinburghuniversitypress.com/book-understanding-islam.html

Bryan S. Turner is a Professor of Sociology, at the Australian Catholic University; Emeritus Professor at the Graduate Center, CUNY; Honorary Professor, Potsdam University; and Fellow Edward Cadbury Center, University of Birmingham. He is one of the world’s leading sociologists of religion and has also devoted significant attention to sociological theory, the study of human rights and the sociology of the body. Turner has written, co-authored or edited more than 70 books and more than 200 articles and chapters, including most recently The Religious and the Political: A Comparative Sociology of Religion (2013) and Religion and Modern Society: Citizenship, Secularisation and the State (2011), both published by Cambridge University Press. He is a founding editor of the journals Body & Society, Citizenship Studies and Journal of Classical Sociology.

In 2015 he was awarded the Max Planck Award (2015) Alexander von Humboldt Foundation Germany which seeks to honour and recruit “outstanding and particularly innovative international researchers to work at German universities”.

Professor Turner is currently participating in a research project titled ‘Far Right in Australia: Intellectuals, Masculinity and Citizenship’, exploring the various dynamics of masculinity and disenfranchisement.

This event will take place online via Zoom.