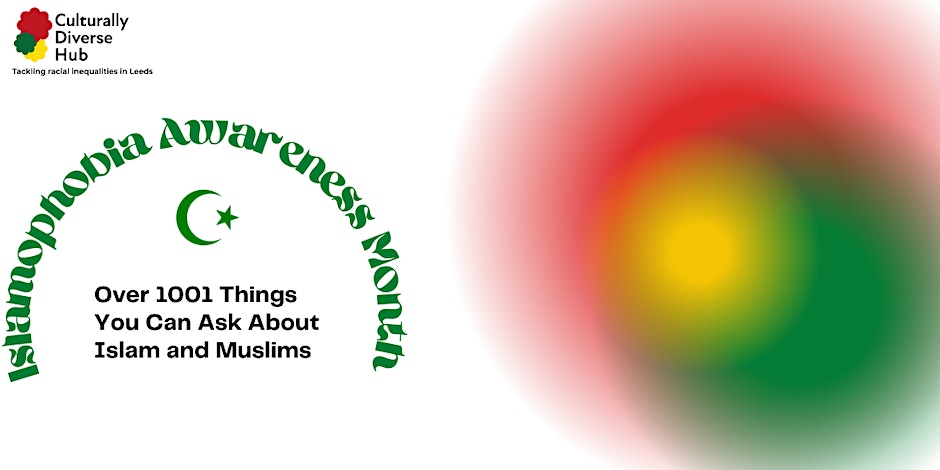 This session delivered by Dr Abdul Bashid Shaikh will challenge and deconstruct stereotypes about Islam and Muslims and raise awareness of Anti-Muslim Prejudice and the impact it has on Muslims in Leeds. Islamophobia is a prejudice constructed as a result of ignorance, fear, and hate towards a section of our community. Deeper than prejudice, it is systematic injustice that invades an individual’s personal and professional life, this awareness month is extremely relevant and important to recognise. Islamophobia Awareness is a necessity.

My name is Dr Abdul Bashid Shaikh, I am 44 years old graduate from the University of Leeds. By profession, I am a lecturer in Islamic Studies at the University of Leeds in the Lifelong Learning Centre (LLC) and Department for Arabic, Islamic and Middle Eastern Studies (AIMES). I specialise in the field of comparative religion and Islamic History and Civilization. I am the author of several academic publications in the field of comparative religion and Islamic Studies. I have been General Secretary of the Indian Muslim Welfare Society (IMWS) and previously served on the executive and sub committees. I had the honour of being invited by the Foreign and Commonwealth Office (FCO) to take part in a delegation as part of the ‘Projecting British Muslims’ initiative and visited social and educational institutions in Kerala, New Delhi and Uttar Pradesh in 2012.