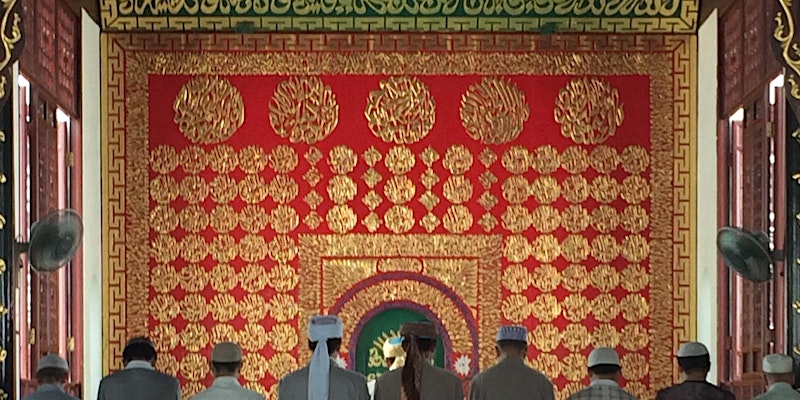 Description:
A book launch event to mark the release of David Stroup’s Pure and True: The Everyday Politics of Ethnicity for China’s Hui Muslims

China points to the Hui—the largest Muslim ethnic group—as a model ethnic minority and touts its harmonious relations with the group as an example of the party’s success in ethnic politics. The Hui number over ten million, but they lack a common homeland or a distinct language, and have long been partitioned by sect, class, region, and language. Despite these divisions, they still express a common ethnic identity. Why doesn’t conflict plague relationships between the Hui and the state? And how do they navigate their ethnicity in a political climate that is increasingly hostile to Muslims?

Pure and True draws on interviews with ordinary urban Hui—cooks, entrepreneurs, imams, students, and retirees—to explore the conduct of ethnic politics within Hui communities across China. By examining the ways in which Hui maintain ethnic identity through daily practices, it illuminates China’s management of relations with its religious and ethnic minority communities, finding that amid state-sponsored urbanization projects and in-country migration, the boundaries of Hui identity are contested primarily among groups of Hui rather than between Hui and the state. As a result, understandings of which daily habits should be considered “proper” or “correct” forms of Hui identity diverge along professional, class, regional, sectarian, and other lines.

David R. Stroup is a Lecturer of Chinese Politics at the University of Manchester. He received his doctorate from the University of Oklahoma in August 2017. His current research, drawing on ethnographic and interview gathered over the course of a year in China on Fulbright Research grant, focuses on how the renegotiation of ethnic boundaries in ethnic Hui Muslim communities in the context of urbanization interacts with China’s state policies on ethnic and religious identification. He is also developing further research on the everyday foundations of populist Islamophobia in China. His areas of specialization within the field of comparative politics include nationalism and ethnic politics, everyday ethnicity, the politics of authoritarianism, and state-society relations.