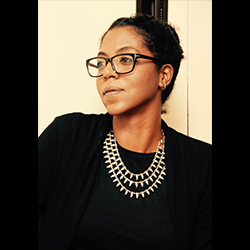 This is a hybrid event.

Register here to attend by Zoom.

The character of Luqmān al-Ḥakīm appears recurrently in Islamic scholarship and lore, past and present. Yet he has elicited little critical or comprehensive study. This may have to do with the fact that he is a composite, proteiform figure, central to an equally elusive concept of knowledge-wisdom (hikmah) in the variegated traditions of Late Antiquity into which Islam was born and grew (Arabian, Byzantine, Persian, Syriac, Abyssinian, Christian, Jewish…)

Already in pre-Islamic times, the famous poets of Arabia refer to Luqmān’s sagacity and longevity. The thirty-first surah of the Qur’an is named after him and features him as a figure of devotion (‘ubudiiyah), steadfastness, modesty, and justice, who admonishes his son. As a purveyor of wisdom and good counsel, Luqmān appears in multiple guises and sources: in Qur’ānic commentaries and universal histories; various hadiths and narratives of the qiṣṣas al-anbiyā’; mystical and medical treatises, and other philosophical works; as a protagonist in more popular genres of Arabic, Persian, Kurdish and Turkish literature; as well as in several Coptic Christian homilies and Talmudic tales.

Beginning seemingly in the Mamluk period, Luqmān returns as a teller of fables, akin to other figures of the region’s lore, such as the Greek Aesop or the Assyrian Aḥiqār. Equally interesting is that Luqmān has had a long, if less varied life in the Western Orientalist tradition, evinced by the various translations and publications of his Luqmān’s Fables (Amthāl Luqmān al-Ḥakīm) from the nineteenth century onwards.

Given the dizzying variety of Luqmān’s multi-layered presence, the existing academic scholarship has been largely driven by the quest to identify the “Ur-Luqmān.” A similar line of inquiry pervades modern Arabic writing and discussions. Rather than a ‘search for origins’ or authenticity, I am concerned here precisely with the multiplicity of the Luqmānic iterations, the discursive postulates they animate, and how they might intersect with modes of inhabiting the world today. My hypothesis is that the many lives of Luqmān are united by an understanding of knowledge-as-being encapsulated in the plurivalent meanings of hikma, rendering him as a narratological and epistemological device that performs the work of tradition.

About the speaker: Dahlia E.M. Gubara is assistant professor of history at Koç University, Istanbul. She received her PhD from Columbia University with a dissertation focusing on al-Azhar and orders of knowledge in the 18th and 19th centuries. Her work bridges the fields of Islamic Studies and African and Middle Eastern History and is concerned primarily with the production, transmission, and consumption of knowledge in, and about, the Islamic discursive tradition.