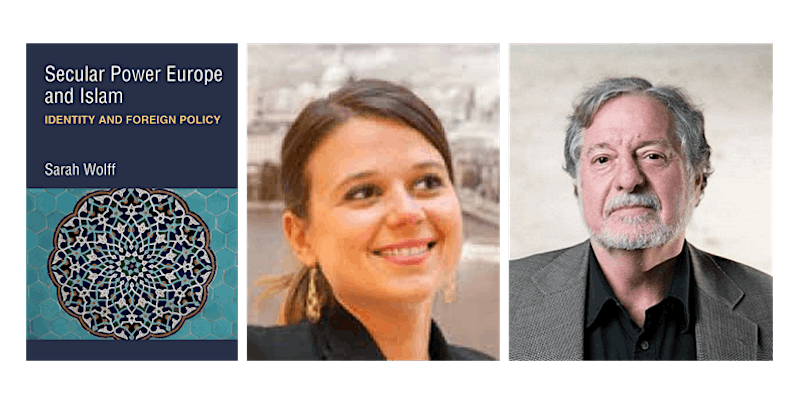 Secular Power Europe and Islam argue that secularism is not the central principle of international relations but should be considered as one belief system that influences international politics. Through an exploration of Europe’s secular identity, an identity that is seen erroneously as normative, Dr. Wolff shows how Islam confronts the EU’s existential anxieties about its security and its secular identity. Islam disrupts Eurocentric assumptions about democracy and revolution and human rights. Through three case studies, Wolff encourages the reader to unpack secularism as a bedrock principle of IR and diplomacy. This book argues that the EU’s interest and diplomacy activities in relation to religion, and to Islam specifically, are shaped by the insistence on a European secular identity, which should be reconsidered in areas of religion and foreign policy.

Dr. Sarah Wolff is the Director of the Center for European Research at Queen Mary, University of London, and the Director of the QMUL Master of Arts in International Relations at the University of London Institute in Paris. She is Principal Investigator for the Jean Monnet Centre of Excellence NEXTEUK project on the future of EU-UK relations. Senior Research Associate at the Netherlands Institute of International Relations (Clingendael), her research interests include EU politics and public policy, non-majoritarian agencies, Justice and Home Affairs policy ( EU migration and border management policies), as well as EU external relations and EU development aid. She is an expert on EU-Islam relations, Euro-Mediterranean relations and is since 2017 Editor of Mediterranean Politics. She is co-convener of the ECPR Mediterranean Politics and Society Research Network since 2019 with F. Volpi. She is also a member of the advisory body to the All-Party Parliamentary Group (APPG) on Tunisia at the UK Parliament. She has taught at the University College of London, the London School of Economics, the University Pompeu Fabra (Barcelona), and is Visiting Professor at the College of Europe.

Professor José Casanova is one of the world’s top scholars in the sociology of religion and a senior fellow at the Berkley Center, where his work focuses on globalization, religions, and secularization. He is also a professor emeritus at Georgetown University, where he previously taught in the Department of Sociology and the Department of Theology and Religious Studies. During 2017 he was the Kluge Chair in Countries and Cultures of the North at the U.S. Library of Congress’ John W. Kluge Center, where he worked on a book manuscript on Early Modern Globalization through a Jesuit Prism. He has published works on a broad range of subjects, including religion and globalization, migration and religious pluralism, transnational religions, and sociological theory. His best-known work, Public Religions in the Modern World (University of Chicago Press, 1994), has become a modern classic in the field and has been translated into several languages, including Japanese, Arabic, and Turkish. In 2012, Casanova was awarded the Theology Prize from the Salzburger Hochschulwochen in recognition of his life-long achievement in the field of theology.