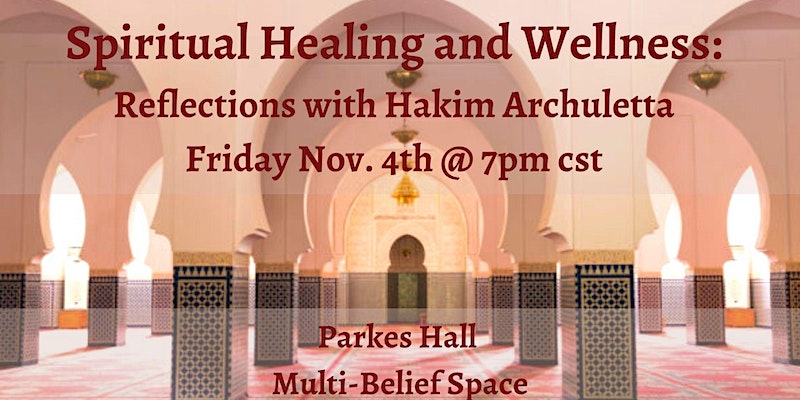 Description:
Join us for an exhilarating evening with the world-renowned Hakim Archuletta.

Hakim Archuletta has worked within the healing arts profession for over 30 years. He studied homeopathy in the early 1970s and continued his studies in the Middle East, England, and North Africa. In 1978, Archuletta went to Pakistan and studied there with various hakims (traditional Islamic doctors) and also learned pharmacy in the Unani tradition. More recently, his work focuses on trauma, based on the methods of Dr. Peter Levine and others. He has conducted workshops and lectured at many educational institutions, including Zaytuna College, the University of California Berkeley, and Harvard University, among others.