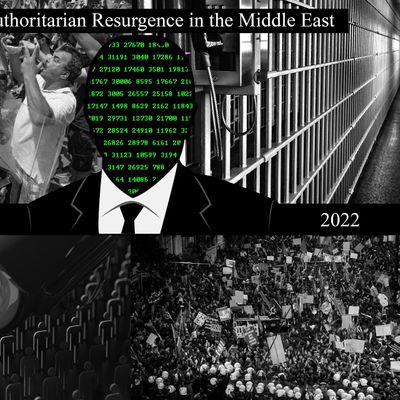 The so-called “Arab Spring uprisings”, which commenced in 2011, promised the prospect of democratic change in the Middle East and North Africa. To a large extent, the change has proven to be in the reverse direction. The re-entrenchment of authoritarianism has shaped the political and social landscapes of the region. A core group of allied states, including Saudi Arabia and Egypt, have played crucial roles in maintaining a political order that secures unelected regimes and enables state repression to marginalize and contain dissidents. An ever-increasing number of activists, opposition figures, journalists, and academics have been incarcerated. Many of these efforts have become transnational, with authoritarian governments pursuing regional cooperation for the purpose of self-preservation. Other countries that are not part of the Saudi-led Gulf alliance, including Turkey and Iran, have also sought to suppress protest movements. State authorities have moved to seize online platforms and monitor citizens at home and abroad. And yet, despite this, dissidents have continued to challenge regime narratives through online activism, collaborative international efforts, and, for some, using prominent positions within their countries to survive and navigate the politically closed region. This conference examines the re-entrenchment of authoritarianism in the region in the post-Arab Spring uprisings, its transnational nature, and how various actors in the region have responded to, and contested, it.

This conference examines the re-entrenchment of authoritarianism in the region and how various actors in the region have responded to it.