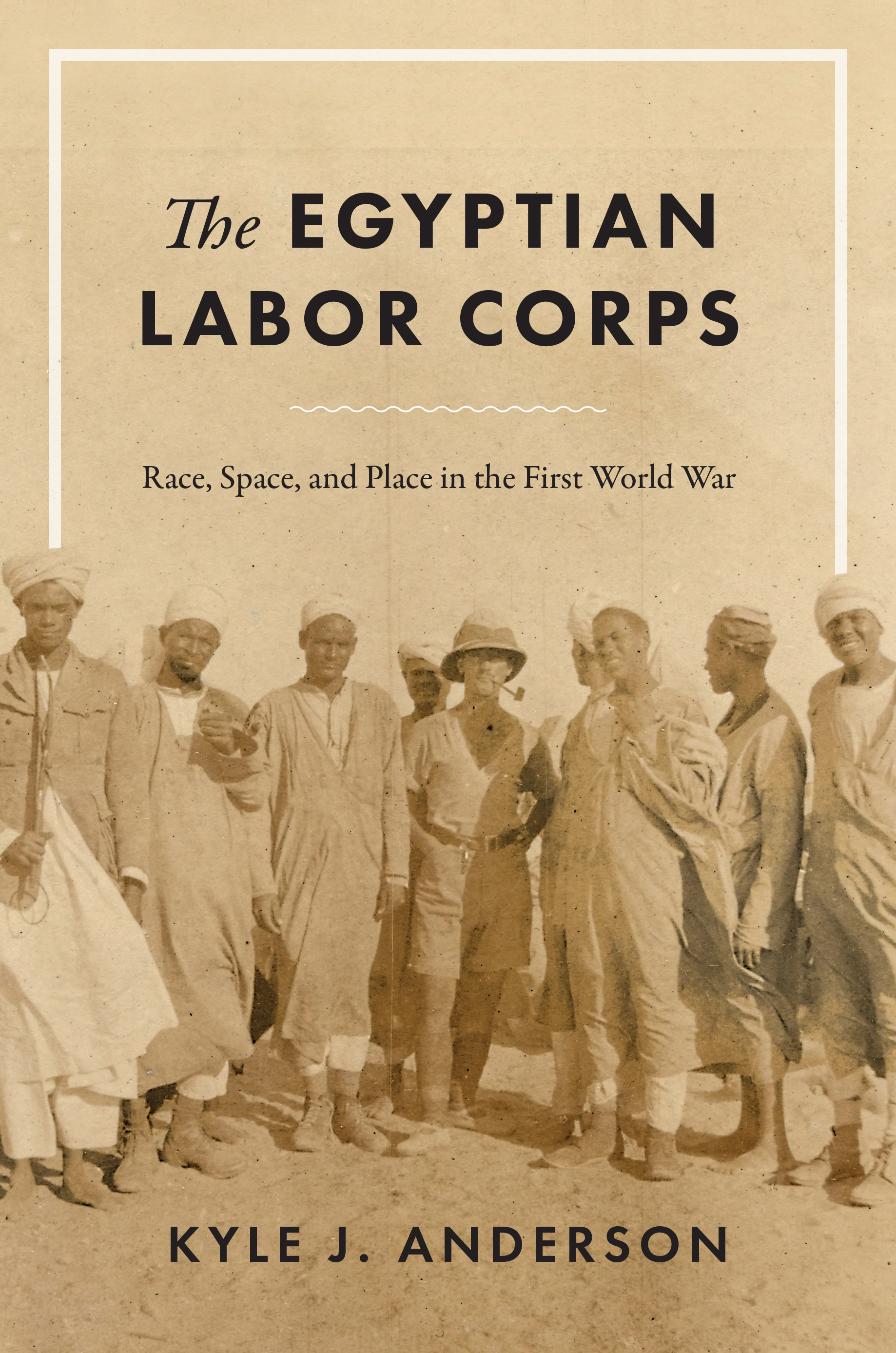 Kyle Anderson, assistant professor at SUNY Old Westbury, will give a talk on his recently published book “The Egyptian Labor Corps: Race, Space, and Place in the First World War” (University of Texas Press, 2021).

In-person attendance is open to current Cornell students, faculty, and staff. The public is invited to attend via Zoom.

This history sheds new light on Egypt’s involvement in World War I by telling the story of the Egyptian Labor Corps and how the treatment of these primarily rural workers influenced the 1919 Egyptian Revolution.

During World War I, the British Empire enlisted half a million young men, predominantly from the countryside of Egypt, in the Egyptian Labor Corps (ELC) and put them to work handling military logistics in Europe and the Middle East. British authorities reneged on their promise not to draw Egyptians into the war, and, as Kyle Anderson shows, the ELC was seen by many in Egypt as a form of slavery. The Egyptian Labor Corps tells the forgotten story of these young men, culminating in the essential part they came to play in the 1919 Egyptian Revolution.

Combining sources from archives in four countries, Anderson explores Britain’s role in Egypt during this period and how the ELC came to be, as well as the experiences and hardships these men endured. As he examines the ways they coped—through music, theater, drugs, religion, strikes, and mutiny—he illustrates how Egyptian nationalists, seeing their countrymen in a state akin to slavery, began to grasp that they had been racialized as “people of color.” Documenting the history of the ELC and its work during the First World War, The Egyptian Labor Corps also provides a fascinating reinterpretation of the 1919 revolution through the lens of critical race theory.

Sponsored by the Department of Near Eastern Studies with support from Critical Ottoman & Post-Ottoman Studies, Comparative Muslim Societies Program, Institute for European Studies, Department of History, and Mario Einaudi Center for International Studies

Livestream available to all via Zoom: https://cornell.zoom.us/j/94933899539?pwd=bUo4WDZGd3MweHgvRjdHd2txWGIwQT09