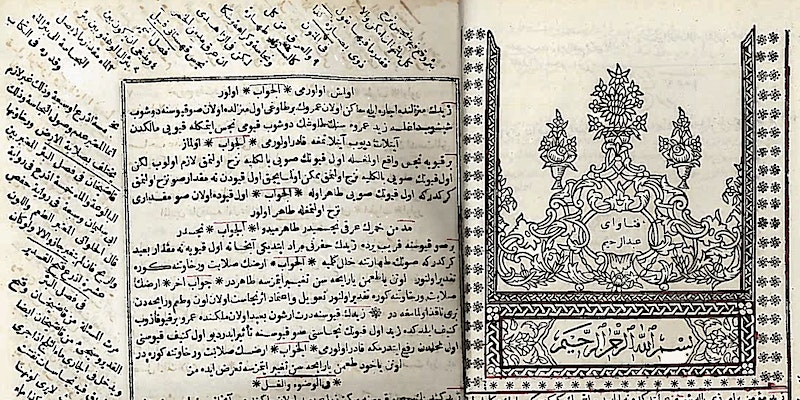 The 2021 John Martin Lecture will be given by distinguished Ottoman historian Colin Imber, retired Manchester University Reader in Turkish.

The joy of fatwas: A glimpse into the Ottoman mind

Abstract
A fatwa is a legal opinion issued by a qualified authority – a müfti – in answer to a legal problem. Before the modern era, it was customary for the mufti or his staff to re-write the question, omitting names and anything else considered irrelevant. The questioner would then receive the rewritten question and the answer on a slip of paper. Fatwas played an important role in all Islamic societies, and especially in the Ottoman Empire, where the chief mufti – known from the late sixteenth century as the şeyhülislam – was the supreme legal and religious authority. Anybody from the sultan to his lowliest subject could present a question to his office and receive an answer. The fatwa collections that resulted from their activities form a distinctive branch of Ottoman literature, while also giving us glimpses of the everyday beliefs and worries of the sultan’s subjects.
The lecture will concentrate on fatwas dealing with oaths and profanities, a topic that occupies long chapters in both classical legal texts and collections of Ottoman fatwas. It will show how the rules of Islamic and specifically Hanafi law helped to shape Ottoman society and dominate the lives and thinking of ordinary Muslims in the Ottoman Empire.

Colin Imber taught for many years in the Department of Middle Eastern Studies at the University of Manchester. In his research, his focus has been on the history of the Ottoman Empire in the medieval and early modern periods and he has published widely in this area. While his books and articles cover a broad range of topics, he has always had a fascination for Ottoman law, its application in the real world, and how it influenced Ottoman society and the Ottoman way of thinking. He is the author of a book on the great sixteenth-century Ottoman şeyhülislam Ebūʾs-suʿūd, based on a study of his fatwas.