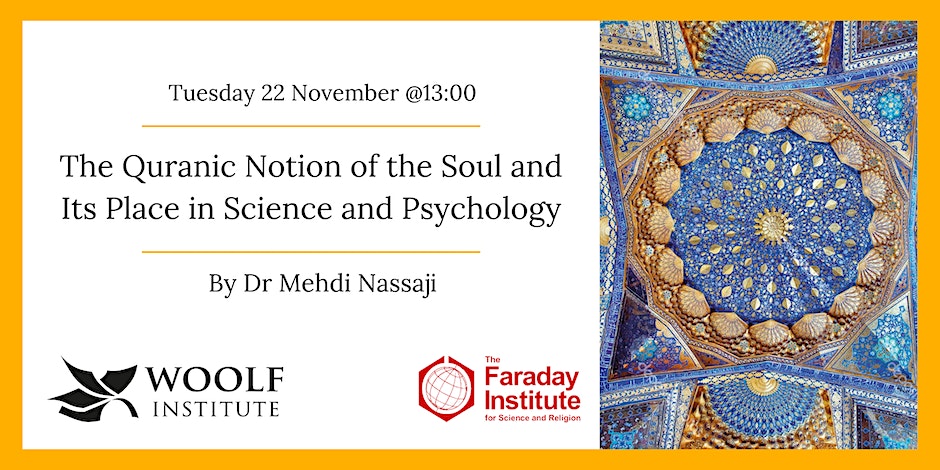 By the 16th Century, the dominant view among Muslim scholars was that the soul is a material substance. It was a kind of heresy to believe that humans are compound creatures, made up of a material body and an immaterial soul. Influenced by some leading philosophers, things changed in the last 4 or 5 centuries, and the dualist understanding of the soul became widespread among Muslims. However, it seems that a careful examination of the Quranic texts related to the notion of the soul support neither the material nor immaterial views. I argue that the Quran has adopted a ‘functionalist’ approach to address the soul without saying anything about its nature. IF the Quran has the potential for this functionalist reading, then the Quranic notion of the soul equates with the notion of the mind in its functionalist sense, which is now the dominant view among scientists and psychologists. In functionalist theories, the nature of entities is not of interest, but the focus is on the entity’s functions. Suppose the Quran has adopted a functionalist approach to the soul without addressing its nature, in that case, the concept of the soul can be embraced by scientists and psychologists, and whatever scientists and psychologists find about the functions of the mind can be compatible with the functionalist reading of the Quran.