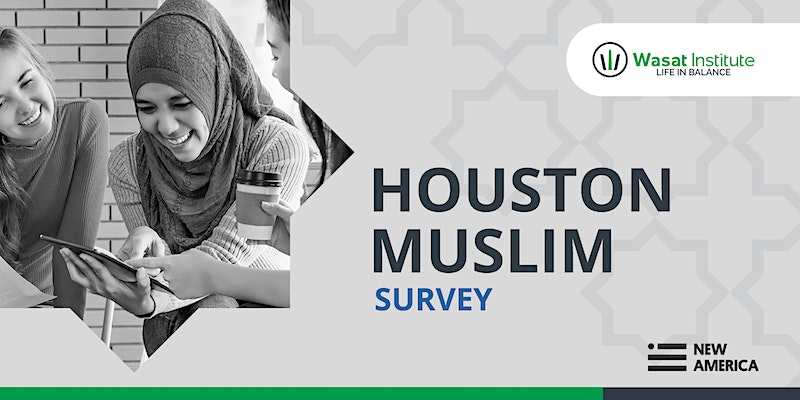 Description:
The Houston Muslim community is more vibrant than people know, and we have the hard data to prove it! Join us as we share the results!

Join us for an in-depth and fascinating look into the Houston Muslim community on May 21st at The Health Museum in Houston’s Museum District.

Earlier this year, Wasat Institute commissioned the second survey of Houston Muslims with New America, a think tank based out of Washington DC. Our partners on this project include the Islamic Society of Greater Houston, Clear Lake Islamic Center, and the Islamic Dawah Center.

Presented by Dr. Robert McKenzie, the senior researcher for this project and a non-resident fellow at New America, you will gain an in-depth analytical understanding of the state of the Houston Muslim community including political attitudes, spiritual commitment, socio-economic indicators, giving trends, and a sharper civic profile.

The program will also feature conversations with Dr. Basem Hamid, the founder of Wasat Institute, Dr. Stephen Klineburg from the Kinder Institute, and an in-depth Q&A.

The program will be accompanied by lunch.

*All tickets directly benefit the release of the study and distribution to the wider Houston community.

Seats are limited to 100 attendees, so please RSVP soon.

Robert L. McKenzie, PhD, is an adjunct professor at Columbia University and a non-resident fellow at New America. McKenzie is a domestic and foreign policy analyst, with fifteen years of applied research and work experience for the U.S. government, private sector, and academia.