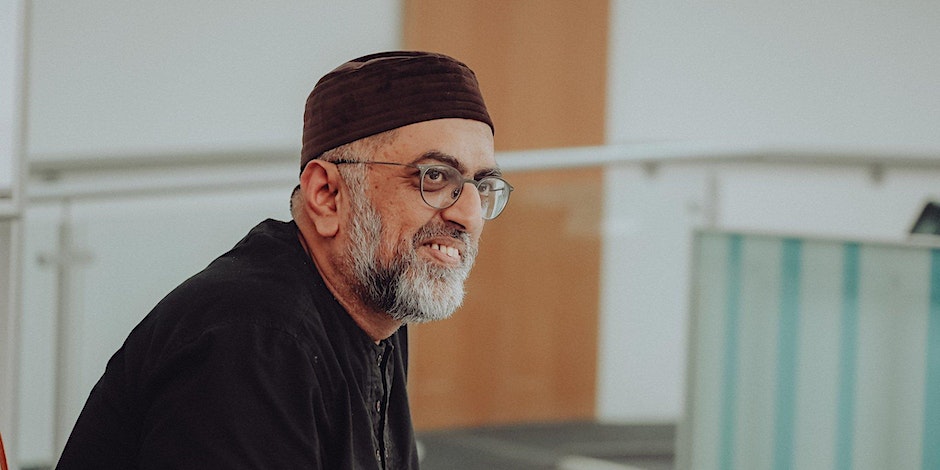 Bradford Muslim College in association with Mustafa Mount is pleased to present:

THE WORD OF MY LORD: A monthly Tafsir Class with Shaykh Haroon Hanif

About the teacher: Shaykh Haroon Hanif

Shaykh Haroon Hanif began his path of studying Islam almost twenty years ago. His path of learning began with studying with Shaykh Hamza Yusuf in Liverpool who encouraged him to travel. He travelled to France to study Arabic at IESH for one year.

He returned and spent a decade working as a Housing Officer whilst at the same time continuing his Islamic studies. He received a grounding in a number of sciences, particularly jurisprudence and language. During this time he taught students privately and on courses nationally.

He then travelled to Syria in 2007 were he spent three years completing his studies. There he sat in the classes with some of the greatest scholars of Damascus including Shaykh Said Ramadan al-Buti and Shaykh Usama Rifa’i. He studied with many scholars particularly Shaykh Muhammad Jum’ah, Shaykh Adnan Darwish and Shaykh Abdul Hakim Uthman.

He returned in 2010 when he took up post as Resident Teacher with Greensville Trust in Liverpool. He travels across the country delivering lectures and teaching on courses and has translated a number of traditional Islamic texts into English.

He is married with two children and currently resides in Liverpool.