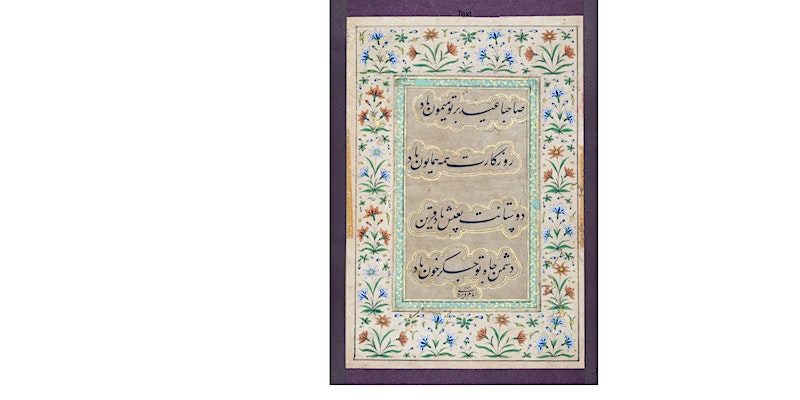 Calligraphy in Pakistan: the melding of the East and West and Heaven to Earth and its enduring legacy upon its people

In this time of global upheaval and mass migration, come learn about the results of migrations of yesteryear and their lasting effects through the calligraphic arts of Pakistan. The origin of traditional calligraphy in Pakistan stemmed from a wave of artists and artisans from Samarkand to Qum with the result that calligraphy not only encompassed a pan-continental perspective and community but also eventually carried the hope of a new nation all the while tying its heavenly aspirations to the nuts of the Urdu language. Seher Shah’s life from Karachi, Pakistan will offer an insightful look at this sanctified class of society. Calligraphers of the past were well versed in Farsi, Urdu, and Arabic which led to abundant artistic partnerships and collaborations still standing today. Mrs. Shah will share her research on the history of calligraphy in Pakistan as the nation experiences a resurgence of interest in the traditional arts all the while discovering its deep impact upon its people.

Seher Shah obtained her Master of Arts in Islamic Studies at George Washington University in Washington DC. Her studies included extensive research of the trajectory of calligraphy in Pakistan, with an emphasis on the development of Nastaliq – the script commonly used to write Urdu and Classical Persian. In the past, she held the position of Associate Curator at the Mohattta Palace Museum. Presently, she is a full-time lecturer at the Institute of Business Administration (IBA), Karachi teaching courses on Islamic arts and culture.

The image above Calligraphy by Imam Verdi, who migrated from Kabul to Lahore, lead the renaissance of the nasta’liq script in Lahore through the Lahore School of Calligraphy. ` 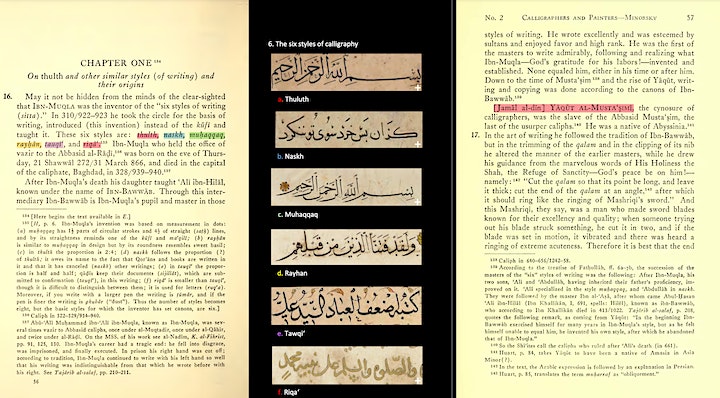 An image from A Treatise by Qadi Ahmad: Calligrapher and Painters are seen online at the Freer Sackler Collections in Washington DC.