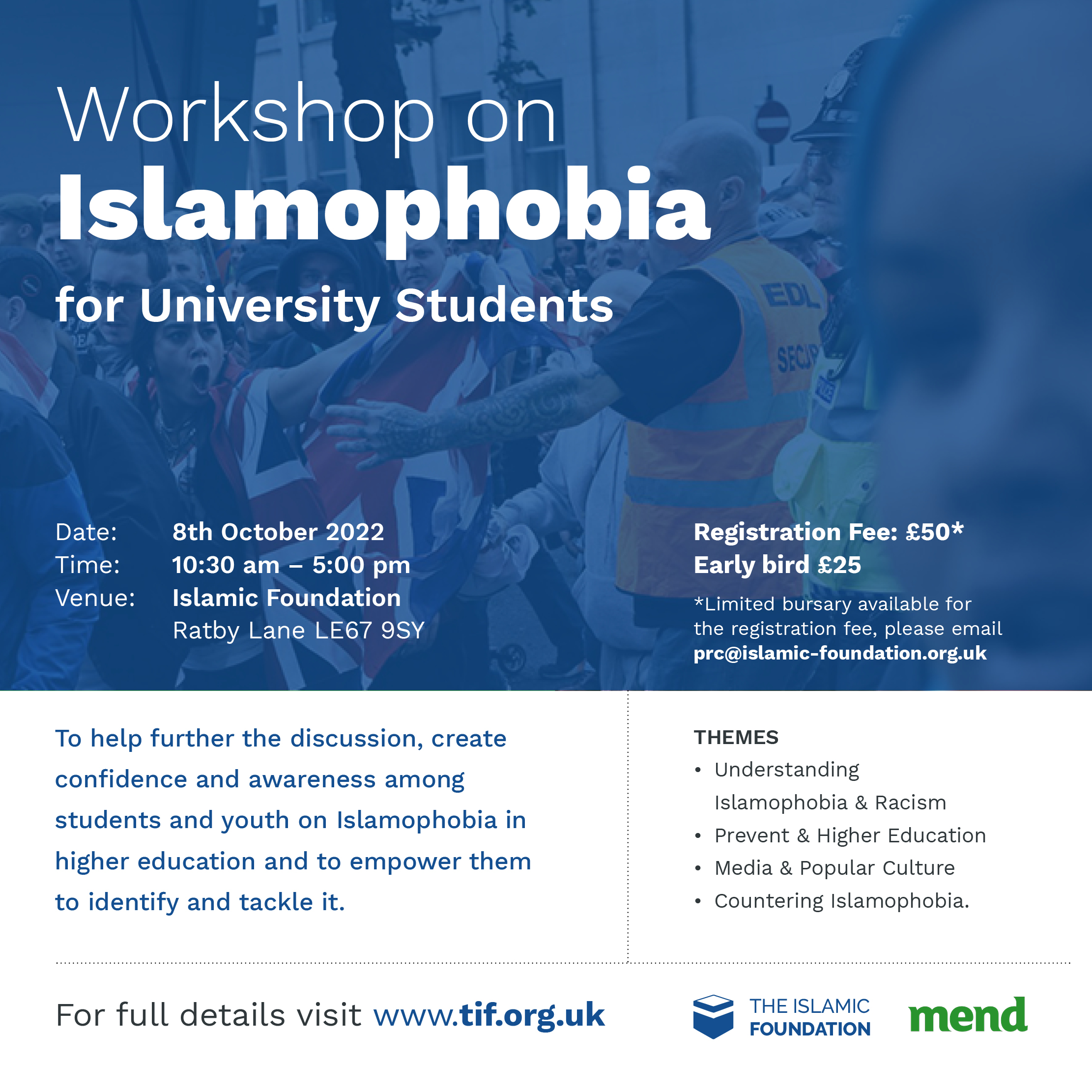 Aim of the workshop: To help further the discussion, create confidence and awareness among students and youth on Islamophobia in higher education, and to empower them to identify and tackle it.

The Islamic Foundation is organizing a workshop on Islamophobia for university students in partnership with MEND (Muslim Engagement and Development). Islamophobia has become the most accepted form of racism in the UK, and Muslim students face Islamophobia on a daily basis at institutions of higher learning and universities.

The Muslim Students’ Survey, launched in 2017, was commissioned to better understand the Muslim further and higher education student population in the UK and their experience of their educational institutions, students’ unions, and of NUS. Two out of five respondents (43%) reported having been affected by Prevent and felt that this experience made it harder to express their opinions or views. Nearly a third of students (30%) who have been affected by Prevent reported experiencing barriers to organising speakers and events on campus. 1 in 3 respondents said they had experienced some type of abuse or crime at their place of study, with one in five experiencing verbal abuse in person.

The vast majority (79%) of respondents who have experienced abuse or crime believed that this was motivated by prejudice relating to their Muslim identity, with 7 out of 10 of these respondents citing prejudiced statements or gestures made by perpetrator/s before, during or after the incident as their reason for doing so. There are no laws and provisions in universities to tackle complaints of Islamophobia specifically. Because of this, nearly 25% of Muslim students did not believe their institution would respond appropriately. Students were the most unsure about NUS’ ability to respond appropriately to Islamophobia – two-thirds were unclear on this or did not believe NUS would respond appropriately. This situation makes it even more urgent that Muslim students are well equipped to understand and deal with Islamophobia in institutions of higher learning.

By the end of the workshop, students will have a good understanding of 1) what Islamophobia is and how it can be identified. 2) How it manifests both at the individual and institutional level in higher education and university campuses. 3) How mass media &amp; popular culture aid in propagating and normalizing Islamophobia 4) How Islamophobia can be countered in the university spaces in ways ranging from mobilization to filing effective complaints. The workshop will be conducted by well-known experts, academics, and activists who have consistently written and spoken on Islamophobia and racism.

Note: Lunch and refreshments will be provided 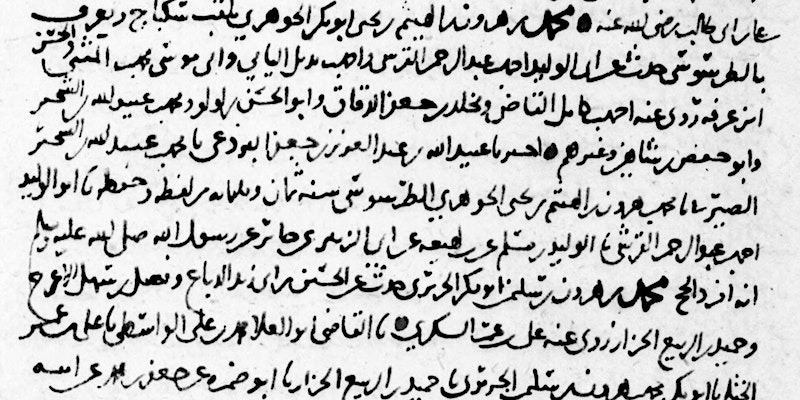