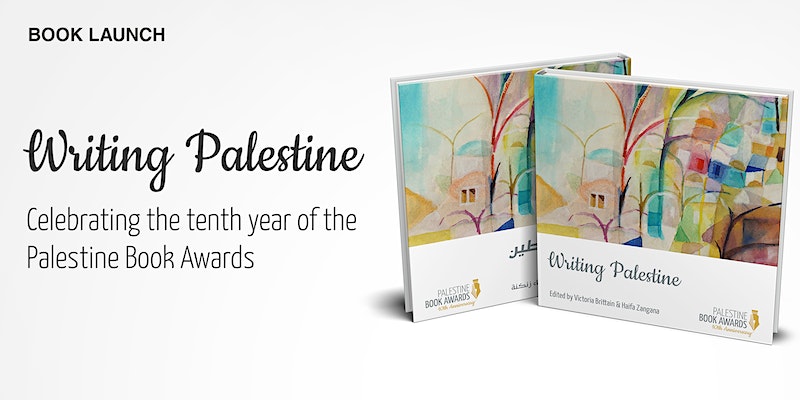 Description:
Celebrating the tenth year of the Palestine Book Awards

UPDATE: Due to COVID, the event will now be online-only. If you had previously purchased a ticket, we will be in touch with you shortly.

Join us online for the launch of Writing Palestine – a book celebrating the tenth year of the Palestine Book Awards.

Guests will include Ilan Pappé, Ramzy Baroud, Haifa Zangana and many others.

You can grab a copy of the book here.

The Palestine Book Awards which was established to honour and endorse the best books written in English on Palestine.

The book, with Arabic and English texts, uniquely brings together revered names: Rima Khalaf, Salman Abu Sitta, Ramzy Baroud, Ilan Pappé, Richard Falk, Karen Abu Zayd, Salim Vally and Eugene Rogan, all of whom were either keynote speakers at our annual receptions or recipients of Awards, including Lifetime Achievement Awards. What unites them is their deep belief in the power of books and their commitment to Palestine.

As writers, academics, poets and artists, theirs is a passionate journey to disseminate knowledge about Palestine and its people. Together, they weave past and present struggles to present in writing the Palestinian Watan (Homeland) where nothing like what’s happening now takes place.

This book also contains the powerful poem Identity Card by Najwan Darwish and paintings from Award winning books by renowned Palestinian artists, Samia Halaby’s Drawing the Kafr Qasem Massacre and Nabil Anani’s Palestine Land and People. The cover is a lyrical painting from 1971 by the late Kamal Boullata – Memory of Silwan from his book with Finbarr Barry Flood, There Where You Are Not.

All proceeds from this book will be donated to Medical Aid for Palestinians and the Gaza Community Mental Health Programme.

He is the author of ‘The Ethnic Cleansing of Palestine’, ‘The Modern Middle East’, ‘A History of Modern Palestine: One Land, Two Peoples’, and ‘Britain and the Arab-Israeli Conflict’.

Editor-in-Chief of The Brunei Times, former Deputy Managing Editor of Al Jazeera online. He taught mass communication at Australia’s Curtin University of Technology, Malaysia Campus. Baroud has a Doctorate of Philosophy in Palestine Studies from the European Centre for Palestinian Studies at the University of Exeter (2015).

Haifa Zangana is an Iraqi author and activist, and the head Judge for the Palestine Book Awards.

Among her books: Women on a Journey: Between Baghdad and London, Dreaming of Baghdad and City of widows: an Iraqi woman account of war and resistance. She edited “Party for Thaera; Palestinian women writing life“, a collection of non fictional creative writings by former Palestinian women prisoners. She was an advisor for the UNDP Report Towards the Rise of Women in the Arab World (2005) and as a consultant for ESCWA (United Nations Economic and Social Commission for Western Asia) she contributed to “Arab Integration” report and “Towards Justice in the Arab world” report which was withdrawn by UN general secretary.

Aimee Shalan is a human rights activist and Chair of the Britsh Palestinian Council. Previously, she was Chief Executive of Medical Aid for Palestinians and she has a doctorate in the politics of Palestinian literature.

Dr Yasser Abu Jamei is a specialized mental health professional with training and scientific degrees in mental health from different universities including the University of Birmingham, UK; the Free University-Berlin, Germany; the Islamic University of Gaza; the Kaunas University of Medicine, Lithuania; and the Child and Adolescent Psychiatry Association, Israel.

Victoria Brittain is an author and journalist who has lived for many years in Africa and Asia, and has been visiting the West Bank and Gaza for 30 years. She is a former associate foreign editor of The Guardian and a contributor over many years to specialist magazines and websites in France and the US, mainly on Africa and the Middle East. She is the author of several books on Africa and more recently books and plays relating to the war on terror.

She was co-author of Moazzam Begg’s Guantanamo memoir, Enemy Combatant and followed that with Shadow Lives, the forgotten women of the war on terror. In 2020 she published Love and Resistance in the films of Mai Masri. She has been a consultant to the UN on two major reports on the impact of conflict, first with the Machel Report on Children, and a second on women.

Dr Darwish is the Chair of Trustees of Palestine Book Awards. He is a high profile Arab journalist, currently with the Al Hiwar TV channel. 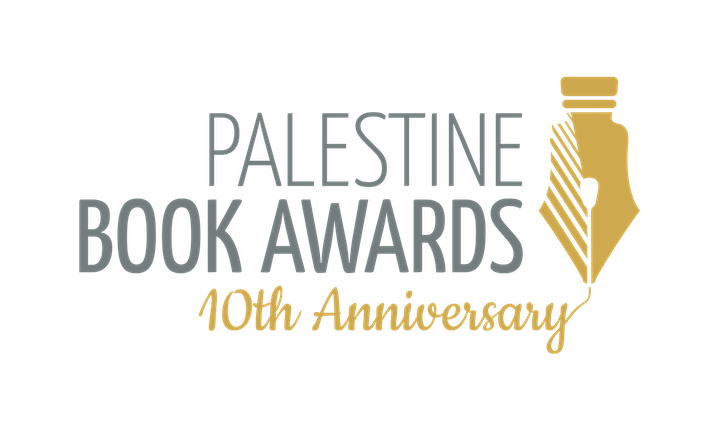 About the Palestine Book Awards

The Palestine Book Awards began in 2012 to honour every year the best new books in English about any aspect of Palestine. Every year more books have been submitted from a wide variety of publishers. We are glad to be a part of the efforts to bring Palestinian literature, research work, and poetry to audiences across continents, and give a platform for writers to meet audiences, discuss their work with other writers and academics, and be more widely known and appreciated.

Nominations open in January at the start of every year, with submissions welcome from all publishers, or individual authors. Usually, six or seven books are shortlisted for three categories: Academic, Memoir and Creative. The books are chosen by a panel of judges who often choose to stay for two or more years. Further information on the current judges can be found at the judges section of the website. Details of the previous books submitted and the winners over the years are also on the website.

Every November there are two events to honour the shortlisted authors, the first where they discuss their books together at an open evening. Second, there is a dinner evening by invitation where the winners are announced and presented with their prize. The dinner brings together guests from many areas interested in Palestine – including academics, ambassadors, writers, publishers, journalists, Members of Parliament, and frequent visitors to Palestine.

Learn more about the Awards:

Winners of the Palestine Book Awards